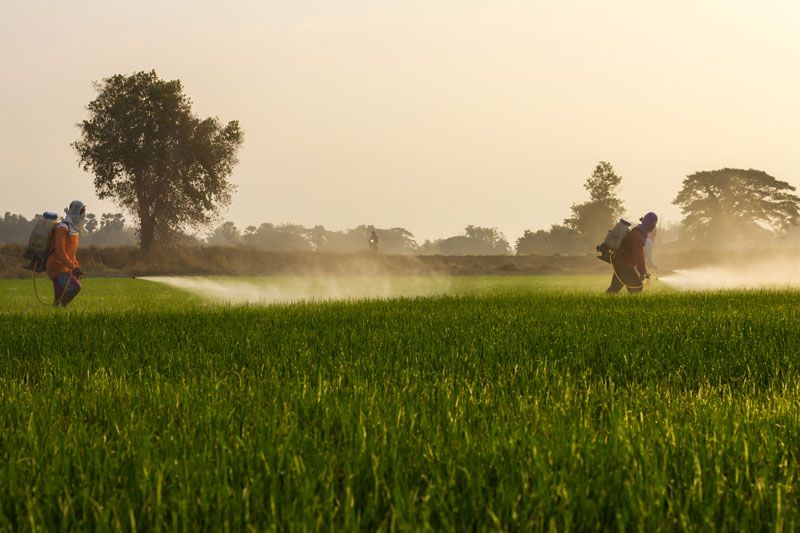 Less carbon trail for toxic chemicals: What started with a thought of “I wonder how much pesticide is really being used in Vietnam”, turned into a larger investigation and enough material for several blog posts. It is not easy to find many recent numbers for imported and domestically produced pesticides.

Pesticides are widely used in agriculture in Vietnam. It is not good for the farmer, the end consumer nor the fields. Often pesticides are used incorrectly, both in terms of the amount sprayed (the more the better/faster) and not least the protection for the farmer (safety labels are ignored). Empty cans and containers are not disposed off properly, which adds another health hassard.

It does seem that imported pesticide numbers have gone down, which as such is good; however that said, it seems production of pesticides locally has gone up significantly, which is less good. Sourcing and producing locally typically has a positive meaning, but in this case I am not that convinced. “Less carbon trail for toxic chemicals” – it does not sit right. 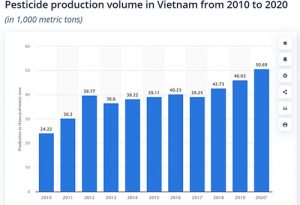 Vietnam has a scary diverse list of pesticides allowed to be used on crops with 1.700 active ingredients and with more than 4.000 commercial products all with different names. These numbers put Vietnam among the top countries in the world.

Glyphosate is the main ingredient in Monsanto’s roundup. In early 2019 the US finally ruled that glyphosate has a strong link to cancer. Subsequently, the Ministry of Agriculture and Rural Development of Vietnam decided to remove glyphosate from the list of approved herbicides to be used in Vietnam. However, on the market at the time, remained 5 million liters of herbicides containing glyphosate. That was ticked on the list of too many, granted it was a big one, but we would love to see many more chemicals removed from the farming process.

Although Vietnam is putting efforts into reducing toxic chemicals in farming, unfortunately they remain a common use and a cause for concern for the farmers health, food safety and the negative impact on the environment.

The figures can talk

CISCOMA conducted a survey on 300 households in 3 communines in Tam Duong and Lai Chau districts and these are their findings:

92% sprayed whenever having pests

88% sprayed when grass would grow among crops

Very short, pesticides kill pests and herbicides weed. More on this later in another blog post.

As it turns out, it is not only a problem with the use of pesticides, but the overuse/misuse as well. The best way forward to solving this problem would be to not use any pesticides at all. Yes that is probably easier said than done, but we do feel that more and more initiatives focusing on organic farming methods pop up. Needless to say, we are thankful for our partner farms who are growing all produce without any kind of pesticide/herbicide or chemical at all: The Greens ByNature

For more about our partner farms 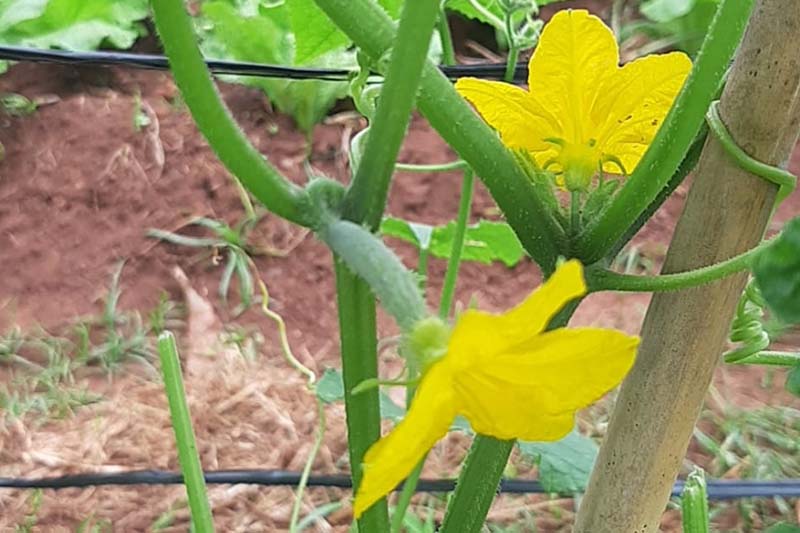 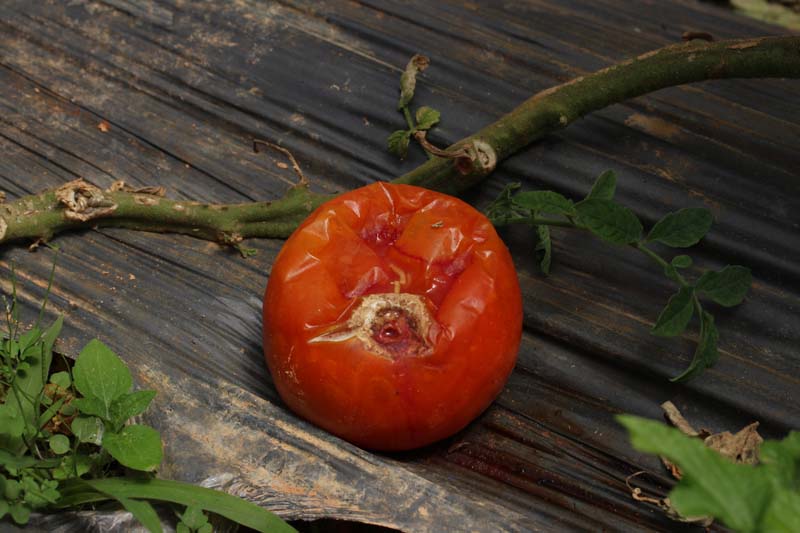 Farming During The Rainy Season 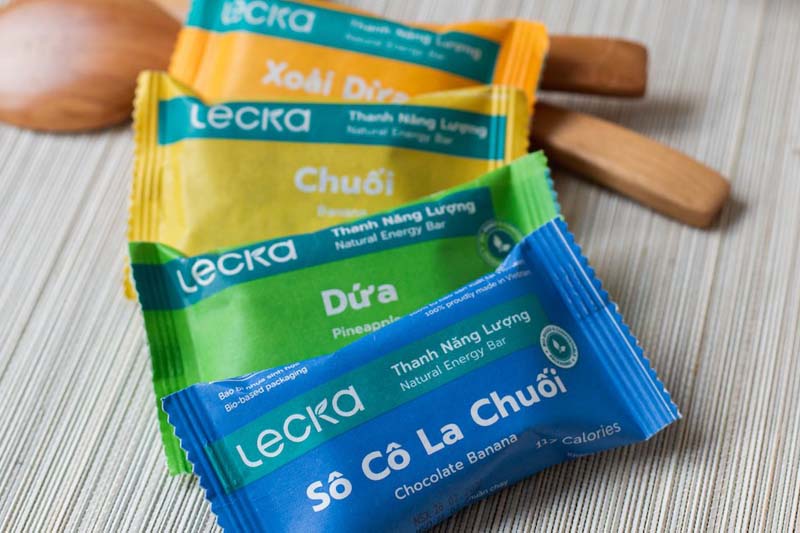 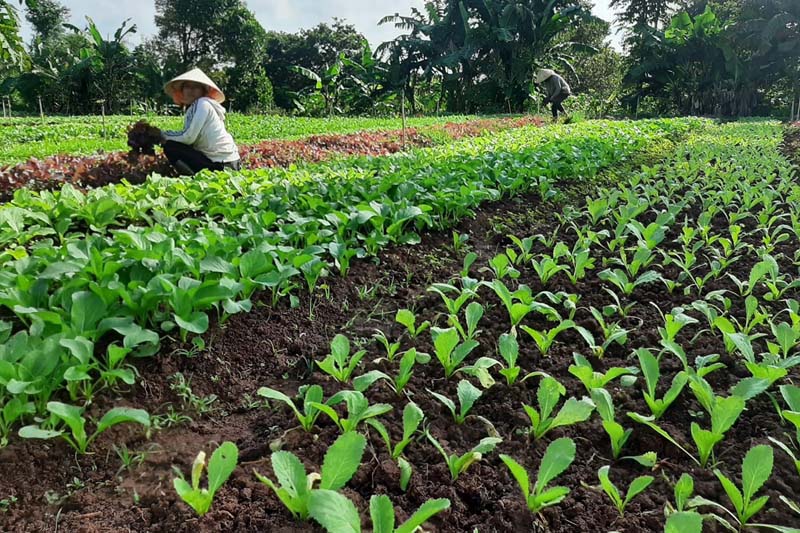 Clean And/ Or Safe Produce