This article below from Vietnam Express International really says it all (text and photo credits Vietnam Express internations). This is the exact reason that we founded ByNature. Not only do we want to ensure access to all-natural wholefoods, but also the wellbeing of the farmers.

A lot of farming is done with not only pesticides, but pesticides which have been banned for a good reason. It is saddening to know that people are eating this produce, that the farmers are becoming sick from farming, that the soil is being totally ruined and that the natural life of insects etc has disappeared from these fields.

We aim to be a part of the change!

“I dont’ want to know, as long as it’s herbicide,” Theu said while holding a bottle containing paraquat, a dealy banned chemical.

But in winter 2015, her partner Huu suddently fell to the ground while spraying their crop.

“The doctor said he had vestibular disorder,” Theu said, adding since the incident his arms and legs have always shook.

With Huu having to visit the Department of Neurology at Hanoi’s Bach Mai Hospital several times per month and no one to help, Theu was forced to give up on her flower business.

“Roses and chrysanthemum could die after several days without being sprayed,” she explained. Still, bottles of herbicide carrying little information remain integral to her practice of growing vegetables.

Theu is among many Vietnamese farmers trapped in a circle of chemical usage in the past few years.

In 1956, plant care products did not exist in Vietnam. Nearly 44 years later, in the first half of 2020, the country has imported more pesticides than gasoline.

Since the beginning of this year until June 15, Vietnam imported $308 million worth of pesticides and materials to produce related products. According to General Department of Vietnam Customs, only $249 million was used to buy gasoline from abroad.

In a 2017 report, the World Bank revealed 50-60 percent of rice farmers in Vietnam used more than the recommended pesticides level. A total 20 percent had violated regulations while using these products, including buying illegal, banned, or fake products.

In the middle of this decade, the General Department of Environment warned: “There were hundreds of polluted spots caused by residual plant care products,” posing threats to the environment and public health.

The deadly herbicide paraquat was banned in China during 2012, though it still approves domestic manufacturers who produce the chemical for export. Now, China supplies 80 percent of the world’s paraquat.

Paraquat and its effects have been researched in many countries. The American National Institute of Health (NIH) has confirmed the relation between the chemical and Parkinson’s disease.

It was also a popular poison among those who wanted to commit suicide in countries from Japan to Vietnam. In South Korea, the rate of people killing themselves decreased by 10 percent after authorities banned paraquat in 2011.

Over many decades, Vietnamese farmers have been depended on this lethal chemical to maintain their livelihoods. The government removed it from the legal plant care products list in 2017, though without informing farmers like Theu.

She does not care about the chemical inside the bottles she buys. The only thing that matters is their abilities to kill grass.

With only a few clicks on the “Gardening Tool” section of a popular e-commerce website, buyers could easily purchase the lethal chemical.

With 600 square meters, Theu would need only one bottle, but used three just in case.

Once, local authorities gave her some packages of bio-herbicide, left in the kitchen after six seasons.

“I don’t know whether it is good for my health, but it is not as ‘sensitive’ as the product I am using,” Theu said, adding she probably would not use the packages again.

Around 2,000 km from Theu’s farm, Pham Bien, 50, stands amid his vegetable farm on an islet in the Mekong Delta’s Hau River.

Tasting the salty dew on his vegetables, only to learn it was rime, he immediately irrigated the 2,000-square-meter farm he rents from the local Cham ethnic community for VND5 million ($216) per year.

The plot, used to grow vegetables and fruits, is located in Khanh Hoa Commune of Chau Phu District, southern An Giang Province.

Later, he takes two bottles from his hut, the first, “buffalo head” as he calls it, containing paraquat priced at VND100,000 ($4.3). The other bottle, with a blue cap, contains glyphosate, also a banned chemical.

Bien believes if his vegetables were to be tested, they would be classified chemical infectious.

“If the vegetables have a problem, I take them to the store, and they show me. I know little, but there are many sprays,” he confessed, adding as long as farmers demand, local stores give them the strongest and most effective pesticides.

Illegal chemicals are only sold to acquaintances. Like Theu, Bien does not care about brands and refer to them using local nicknames like “tiger” or “eggplant growth medicine.”

Vegetables have a one-month life cycle, and herbs 1.5. But Bien complains vegetables are “dirt cheap” and vulnerable to pests and disease.

This is why he sprays pesticides around 10 times during each cycle of 40-50 days, meaning once every four days. Last week, he sprayed thrice.

If you want to know whether the chemical is efficient, just put a drop on your finger and taste it, the saltier it is, the stronger the pesticide, Bien noted.

Bien takes part in local training courses, in which people are advised to use bio-herbicides and bio-pesticides.

“But they are pricey and take a long time to be effective. Pests only die after eating the leaves,” Bien maintained while shaking his head.

Meanwhile, partner Nga prepares vegetables for delivery. This year, the family has earned VND8 million ($345) from scallion and VND5 million ($216) from mustard greens. They will use the money to buy seeds, pesticides, and fertilizers to prepare for the coming season.

After a decade growing vegetables on the islet, Bien does not see ladybugs, long-horned grasshoppers or bullfrogs anymore. He believes all natural enemies have died due to pesticides, just like pests.

“The land here is polluted because farmers use plant care products interminably.”

The Mekong Delta farmer does not care where his monthly five tonnes of vegetables end up.

Some are brought to Chau Long Market from where they are dispersed across Chau Doc Town. Others are transported to the southern city of Can Tho. Over 50 percent gets delivered to Ho Chi Minh City.

The World Bank report further revealed Vietnamese farmers leave bottles and packages of used chemicals on-site, causing the leftover pesticide to be absorbed into local land and water sources. In 2013, only 17 percent of surveyed farmers said they properly disposed of or recycled such packages.

According to Huynh Tan Dat, head of the plant protection division under the Ministry of Agriculture and Rural Development’s plant protection department, it is challenging to manage farmers who store and use illegal chemicals since they fall under personal property.

“According to the law, these products are banned on the market, but farmers keep using them due to lack of awareness,” Dat said.

World Bank observers said one of the problems in pesticide management in Vietnam is “a lack of regulatory scrutiny, economic incentives, alongside technical, financial, and spatial capacity (especially in the case of smallholders).”

The organization suggested Vietnam encourage farmers to use new planting methods to reduce costs and pollution without hurting productivity.

Lying in the hut on his farm, Bien rests after a long day spent toiling under the southern sun.

Over the past decade, he has faced headaches and dizzy spells whenever he uses fertilizer and pesticides. 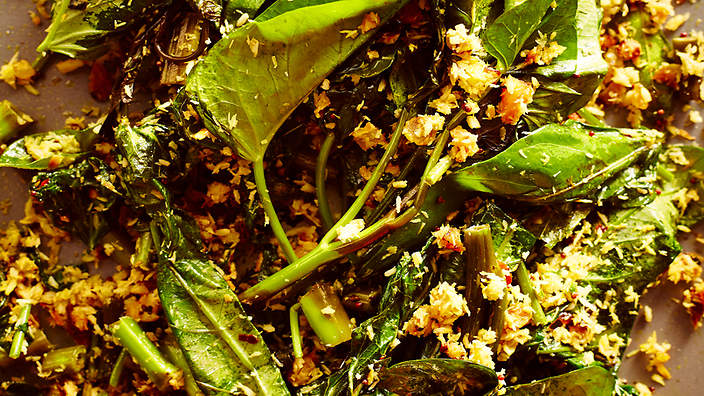 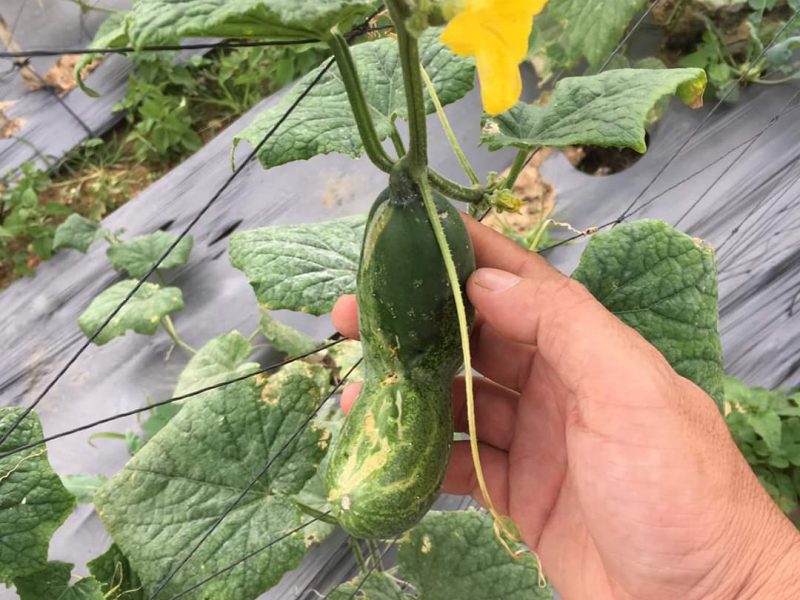 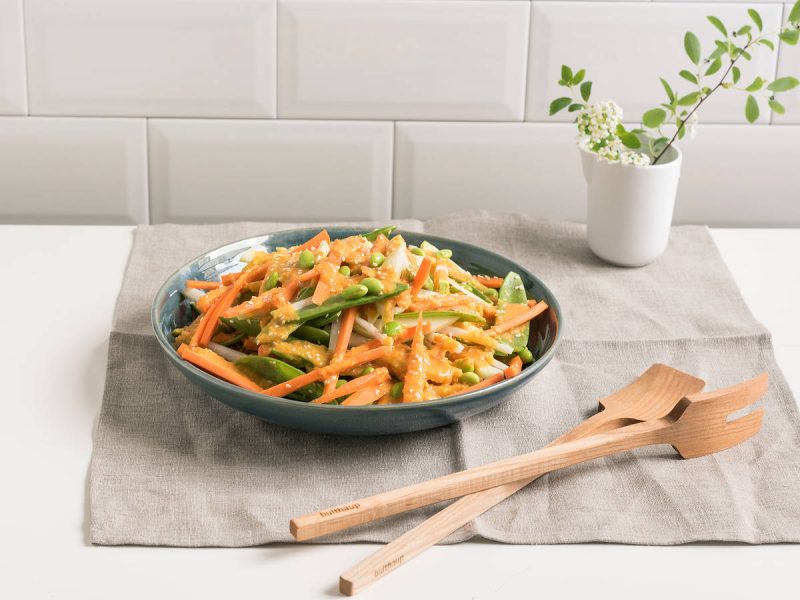 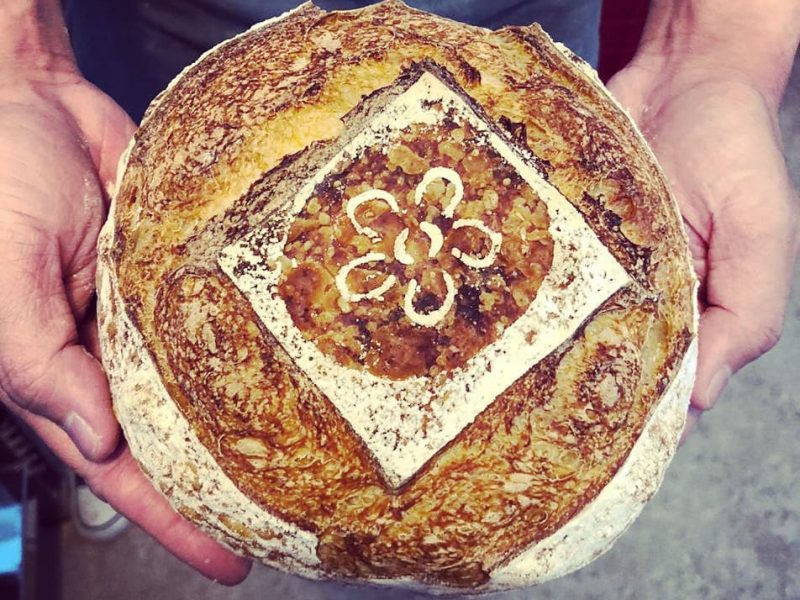 The Story About The Bread